Aztecha was created with a very simple vision: Awesome top-down shooter. Our heroine must embark on a quest to defeat an ancient evil within a temple she is tasked to protect from harm. On her way she have to defeat the hordes of possesed statues that tries to stop her from reaching the temples inner chambers. The game was made by 24 students at The Game Assembly. The team had 5 level designers/scripters, 5 programmers, 6 technical artists and 7 artists. The game was made in nine weeks using our in-house game engine Qualia. 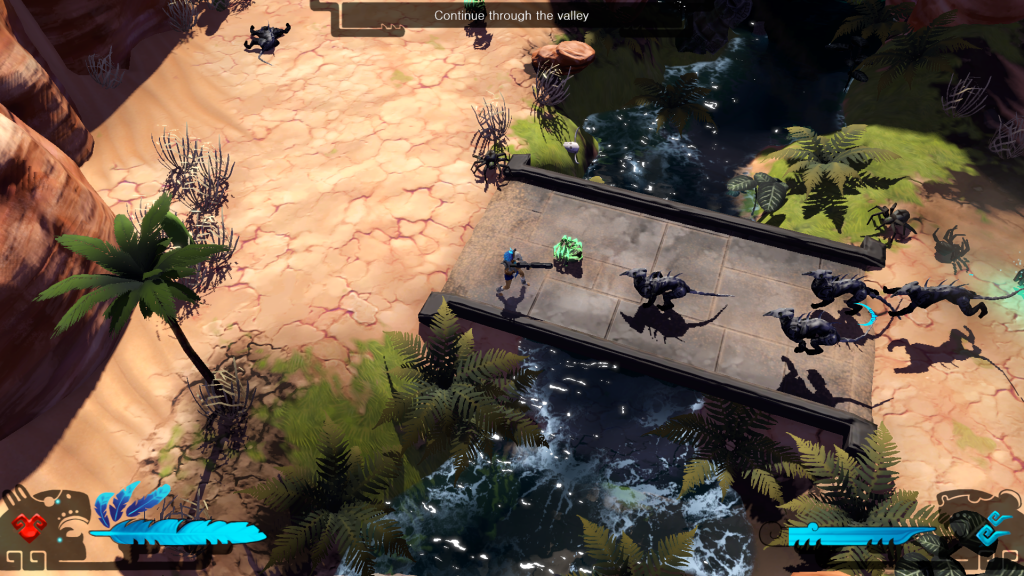 This was the last game project at The Game Assembly and for the first time the groups got to chose genre. We, Tricycle Cavalry, decided to go with dual stick shooter. Many of us had a blast when developing a SHMUP the year before and we knew that this kind of game allows the devs to add a lot of cool features.

We started to focus on the core of the game and identifying the elements that would make it fun to play. It basically came down to shooting: if firing the weapons didn’t feel right the game would not be fun. We created a Lua-based weapon system which allowed us for fast iterations and experimentation with weapon behaviours and properties. We thought about feedback from the very beginning and constantly implemented and improved on particles, sounds, camera shakes, lights etc. Over the course of the project we were proven right as the game became more and more addictive for each update to the core mechanics. 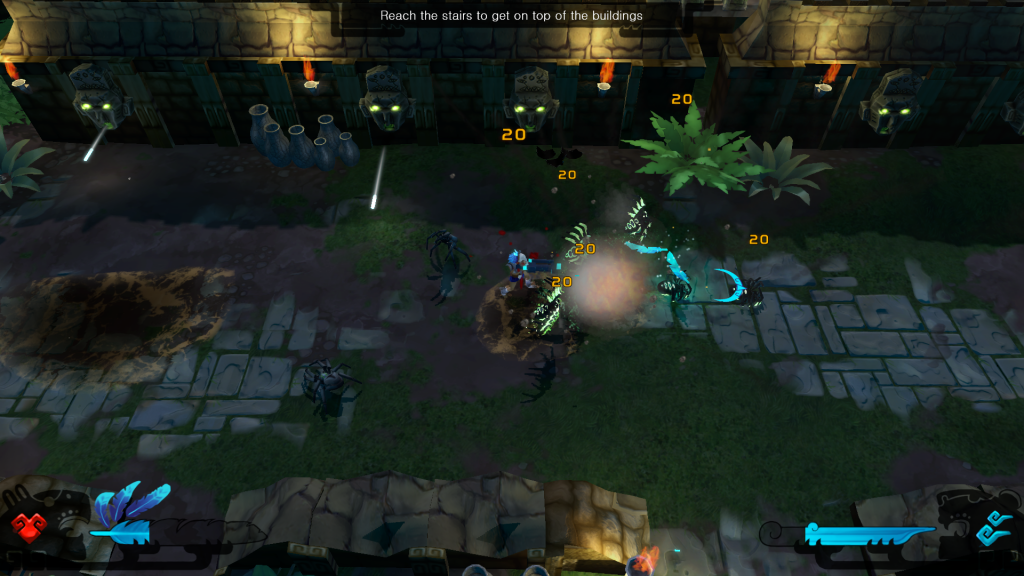 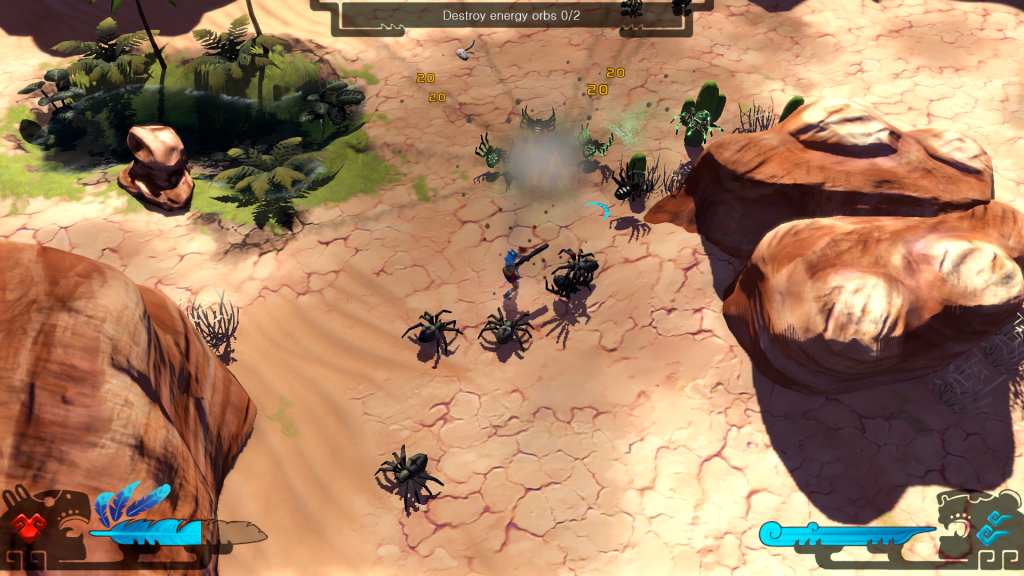 On this project I was involved in the early stages of level design. All of our designers set a common goal and aligned our vision by creating top-downs and enemy concepts that we then pitched to each other and discussed. We kept close contact through the project but I didn’t build a level of my own this time, Instead I focused on game design and scripting. 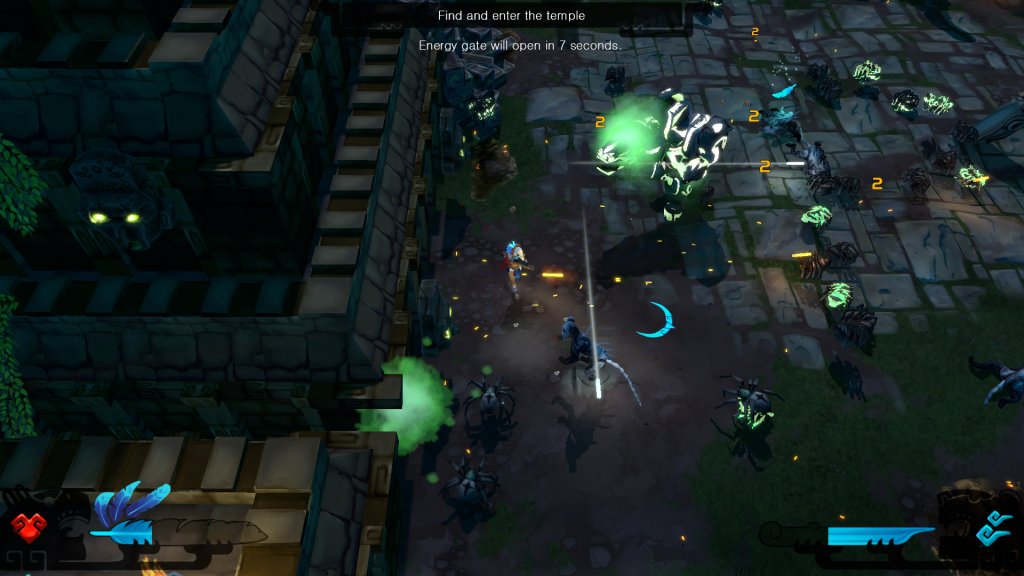 The most tasks I had on this project was related to scripting new weapons and implementing feedback. Coming up with new weapons was fun but I felt it was also important to iterate on the ones we had and make them feel nice. A lot of time went into balancing, tweaking fire rate and adding new features to the weapons. Things like muzzle flash, reload, empty cases and camera shake added a lot to our guns and made them fun to use. We could have produced hundreds of weapons if we wanted but after a certain amount we chose to go for quality instead. 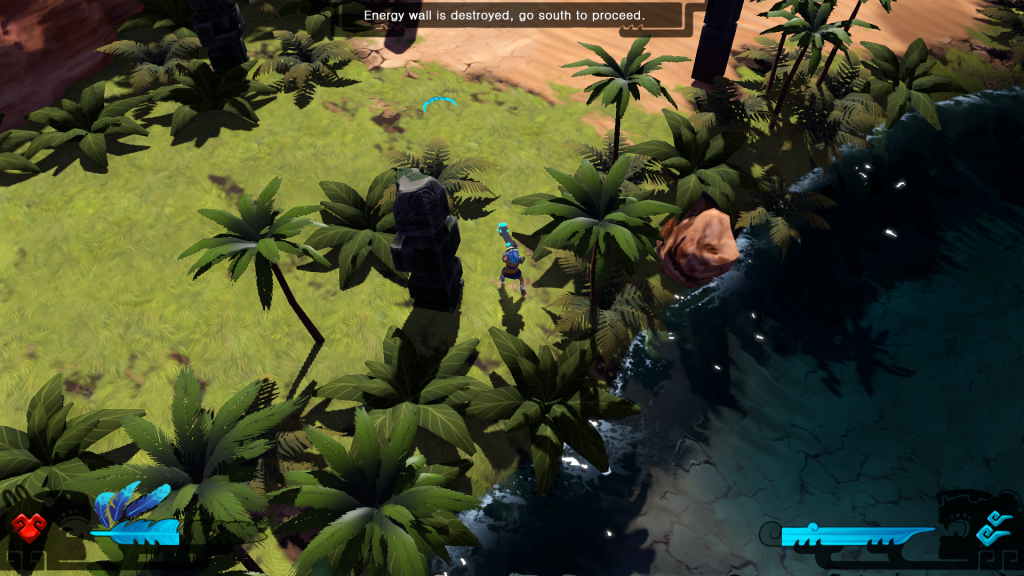 This year The Game Assembly had its first TGA Awards. A jury consisting of people in or connected to the industry was invited to judge our final game. Each group would live pitch the game and answer the jury’s questions before they played and graded the games. I represented Tricycle Cavalry and held our 15 minute pitch in front of David Polfeldt Managing Director of Massive Entertainment, Karin Ryding Creator Director and founder of Ozma Game Design, Johanna Nylander from Dataspelsbranschen, Antonio Lindell-Quelhas from Tarsier Studios and Tomas Tillander from SEB. The pitch went great, probably because of my background on stage, and both the group and I were satisfied. Even though we didn’t end up winning the award we got a lot of valuable feedback from the jury and many of the features I had been working on received praise. 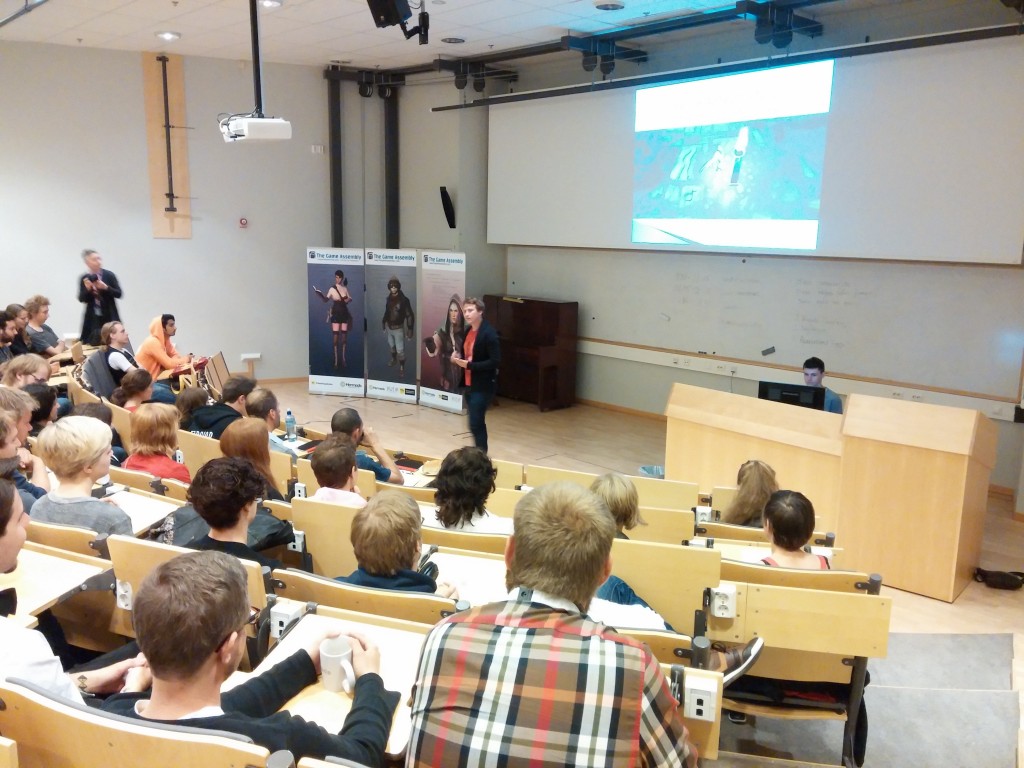 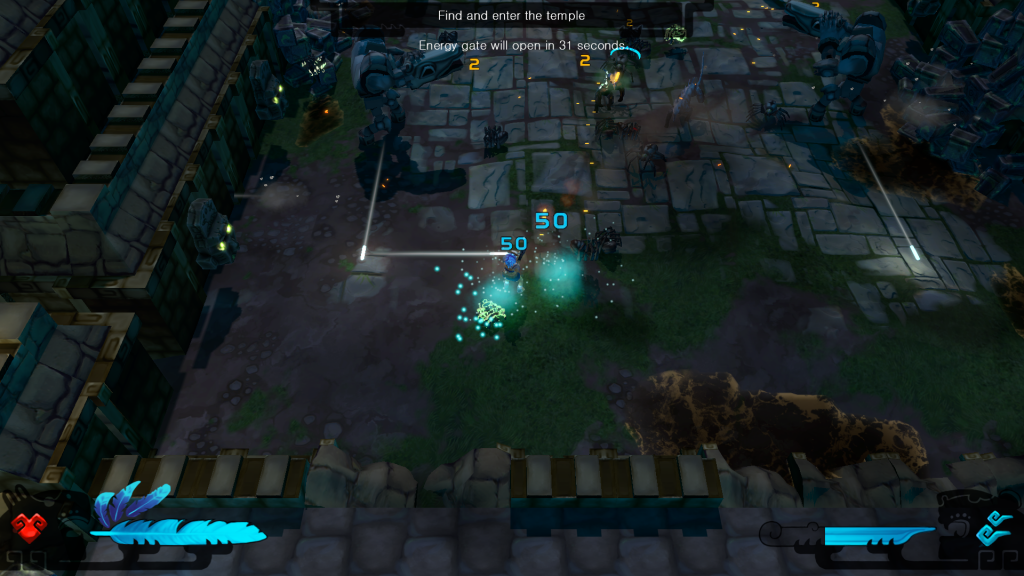 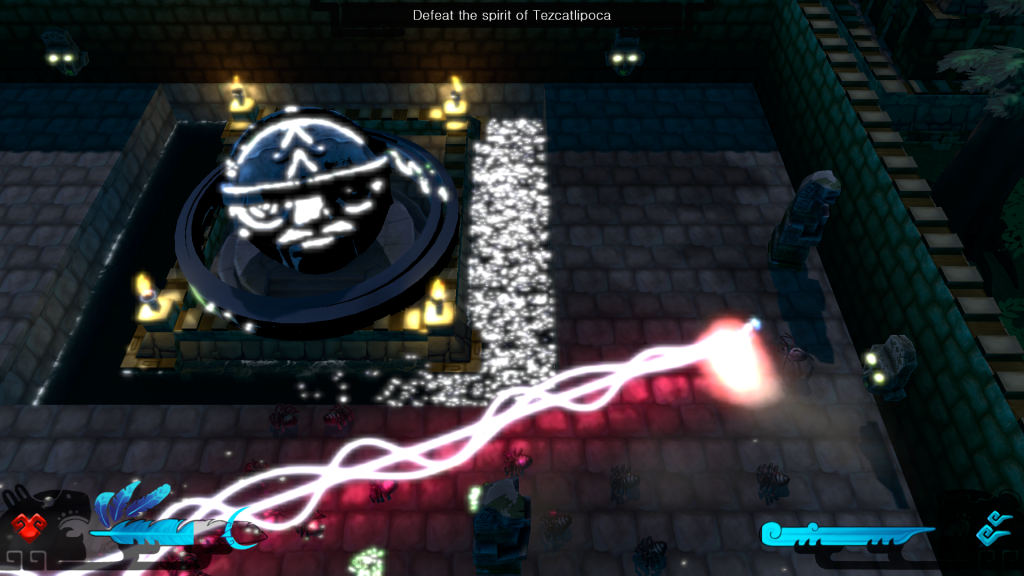