This game was created by 11 students, 3 level designers, 3 programmers and 5 artists. It is a 2D game but all assets are rendered in 3D from Maya. We built the game from the ground up and worked with an agile SCRUM-based development framework. The game was made in 4 weeks during an eight week period. 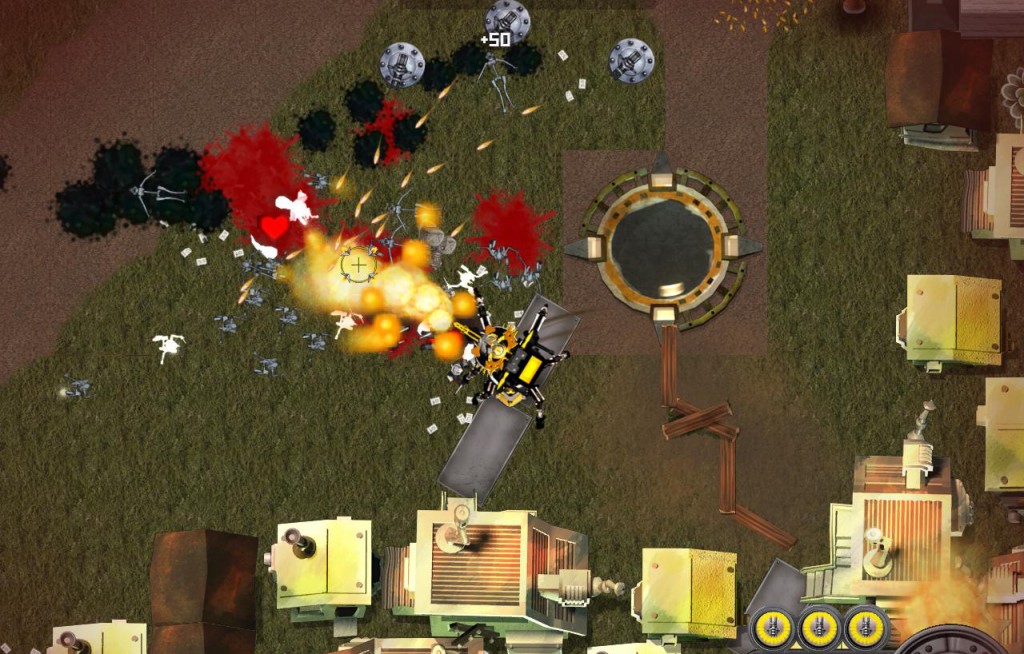 Initially I planned for a large level divided into four different routes that started and ended in the middle of the map. My goal was to make four different objectives, one on each route and to have a hectic defence event in the center each time the player returned. I soon realized that I had over scoped and scraped half of the level. I kept the two routes I liked the most and I also kept the central defence events.

When we planned out the pacing and order of the levels we decided to divide my map into two. First, the player would take the first route and endure the defensive event. The player returned to this level on a later stage but took route number two instead and encountered a boss upon returning to the maps center. 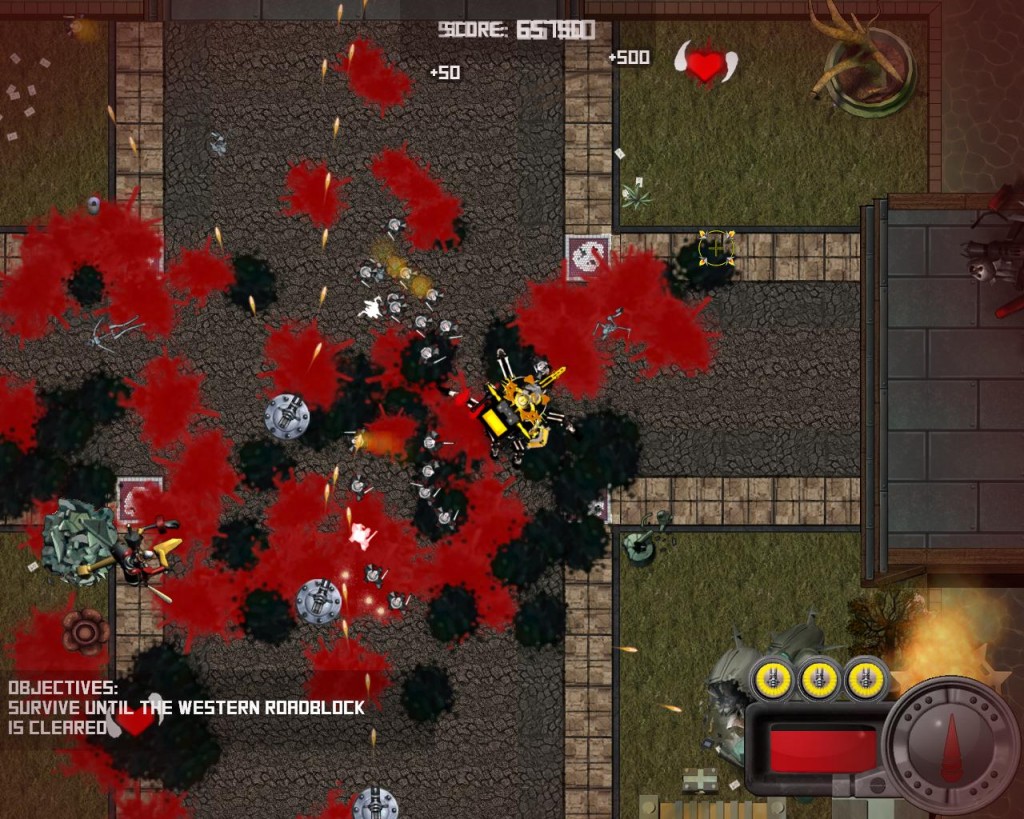 The maps were built in our level editor. I painted out the ground tiles and placed decals and objects above it. We placed trigger boxes into the level in the editor, but connected them to the logic in our XML-based scripting language. I placed spawn points and single enemies on the map so that the player sometimes were attacking and sometimes were defending without changing the direction the player walked in. After some tweaking I managed to get a really good pacing in the level and a nice amount of challenge.

Finally the map was play tested, iterated and beautified. I placed additional props and decals on the no-go areas and made the playing field more interesting by placing small prop and decals at appropriate locations. The gameplay was always the most important thing and if a part of the level didn’t work out as intended I tweaked or redid it until it was fun to play.

I’m pretty satisfied with both of the maps and think that I managed to achieve a lot with the limited time and resources that we had. 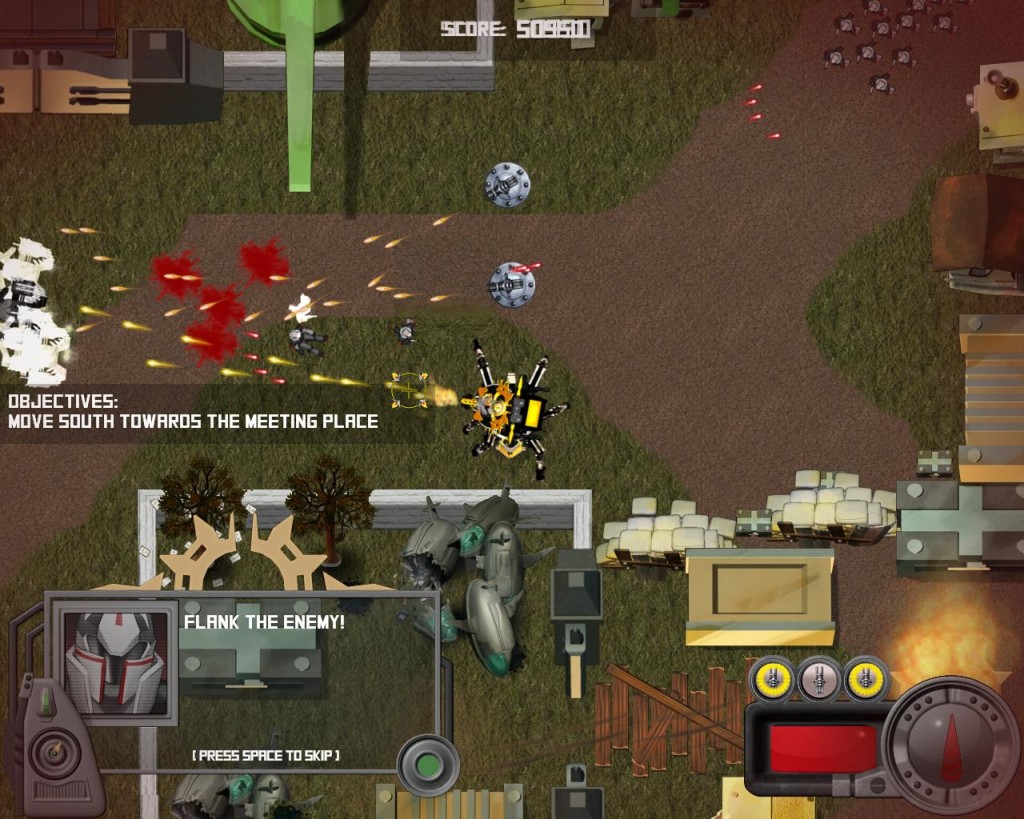 The level designers created an ample back story about the games universe, areas, enemies and facilities. This was used as a tool for creating a believable world, game play scenarios, story and art assets. For example, every enemy had a purpose and a function  that the form could follow. This was appreciated by both ourselves and the artists. It also helped to spur our own imagination when creating the levels and ordering assets to the levels. 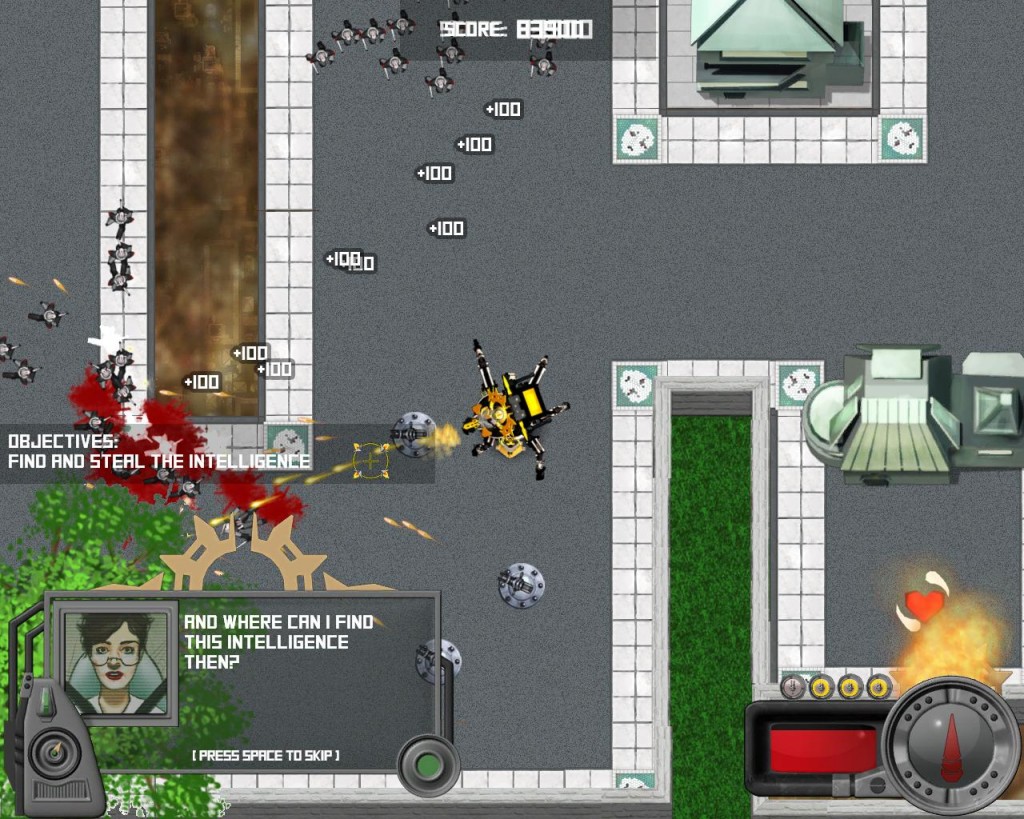 in the game. It was fun to help with the visual appearance of the game and I am satisfied with the result. Some of them were created from scratch, others are iterations of earlier versions. Creating bullets for a SHMUP is hard and it took some research to see how a good bullet should look like in a fast paced top-down game like ours. 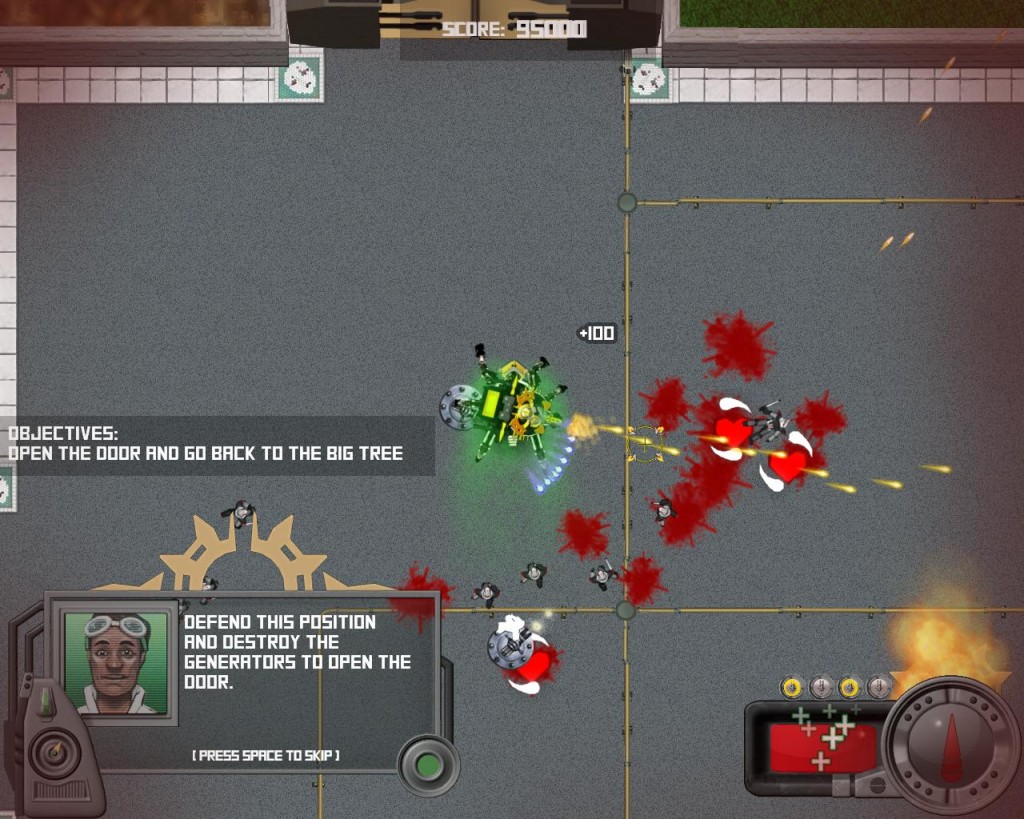