This game was created by 23 students, 5 level designers, 5 programmers 7 artists and 6 technical artists. It is a 3D game that runs on our own in-house engine. We built the game and the engine from the ground up and worked with an agile SCRUM-based development framework. The game was made in five weeks during a ten week period. Paws of War was featured on Desura as a part of the Freedom Friday bundle 1st August 2014. 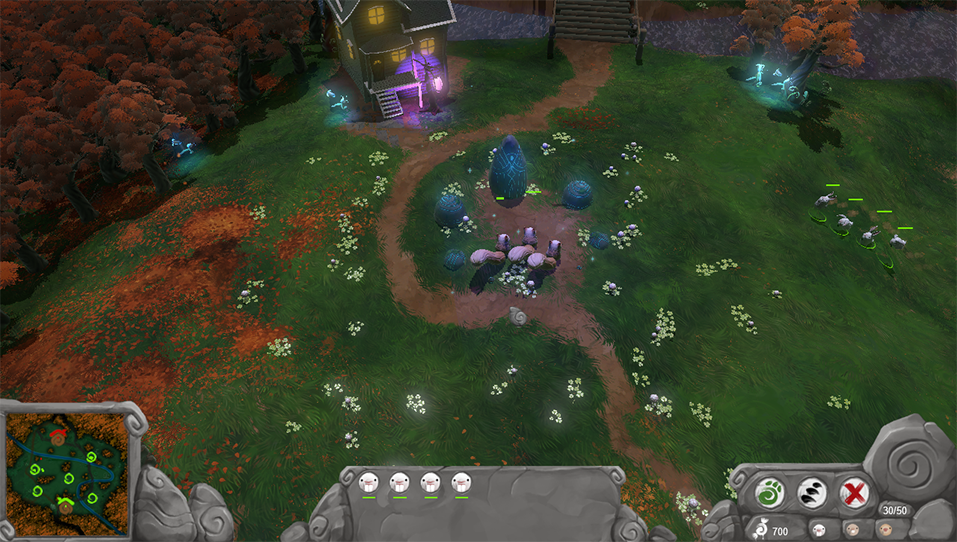 Level design in collaboration with an artist

Initially the level designers on the team created numerous fast top down and had regular meetings where we tried to figure out what would work and what would not. When we felt that we had a more clear image of what we would aim for we assigned one artist to each level designers and begun to plan one level each.

I worked with Diana Berg, a very talented artist that I have had the privilege to work with earlier on games such as The Tomte. We created documentation, visual development, a top down and lists following the Preproduction Blueprint method. Working so close with an artist was a fantastic experience and it was very rewarding for both the level we created and for my personal development. When the preproduction was finished we both knew what we would build together and we had a great document that communicated our common vision and design to our fellow team members. 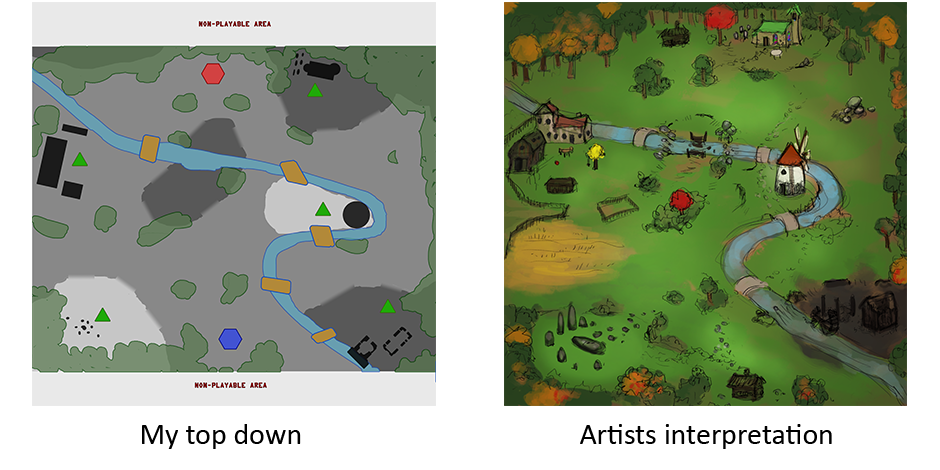 We had support for Lua in our engine since Cormorant where it was used for AI but this time we chose to take it one step further. It started with some simple functions but we soon saw it as an opportunity expand the designers creative freedom and to get some heat of the programmers. We implemented support for unit stats and behavior, particle and sound feedback, placing and manipulating lights, GUI and more! The level designers could now implement, test and go crazy with these features without having to ask a coder to implement it for us. This spawned many nice touches on the game such as point lights on capture points that change color depending on which team that owns it, dust particles that appear where the characters walk, war-cry when units attacks an enemy, feedback when things happen off-screen, pulsating lights and many other nice features. 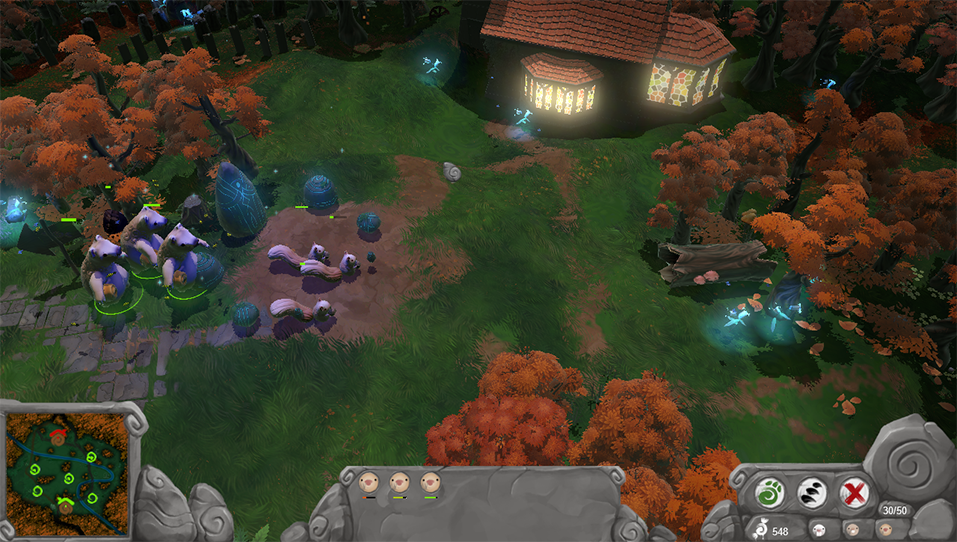 The reward we got from our Lua support culminated after we had realized that we could not win or lose the game. At this point I as a level designer could sit down and implement almost the whole thing myself. First, I made so that the base disappeared when its health is zero. Then I made it sink through the ground before it vanished. I added sound when it razed and some randomized screaming from the different units on top.  I made it look nicer with some particles on ground level and made the structure vibrate when it moved down. Then I proceeded with showing a win or lose screen after the effects were finished and added a button that ended the game and returned to the main menu. Within hours the game could be won or lost with some cool effects and it took minimal effort from the coders that were occupied with other duties deeper within the code. 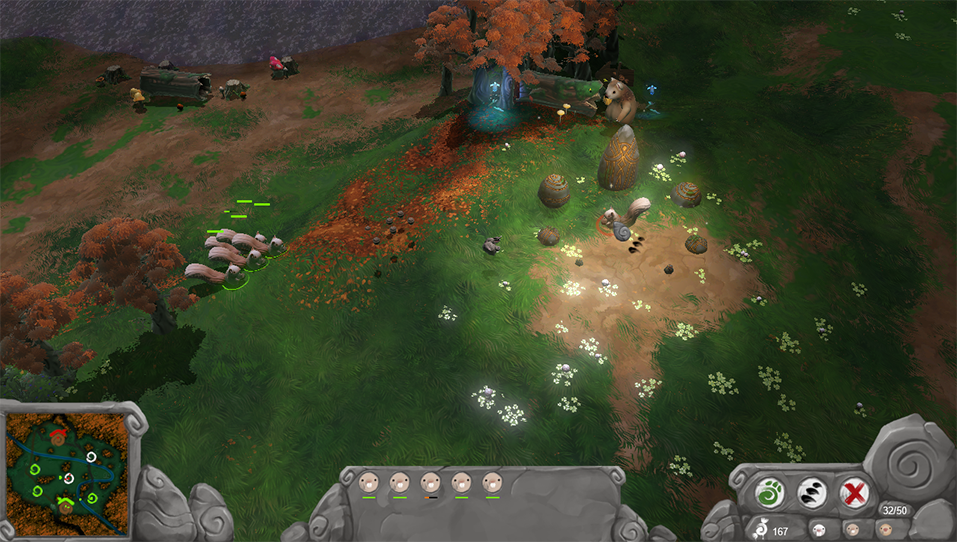 Creating terrain with height maps and splat maps was something that I had done before in editors such as Unity 3D and Cryengine. For our game we did not have the luxury of a terrain editor and we had to create the height map using a mix of World Machine and Photoshop. Even if it was tedious it gave me a much deeper understanding in how these techniques work and how to master them.

We used Maya extended with custom tools  to place props and assets in the levels, XML to store the data and Lua to equip certain props with point lights. The games mechanics took long time to implement and this made it hard to test and tweak the level according to gameplay. Instead, I focused on level dressing and creating nice places in the level that both led the player to the right path and were interesting to look at. 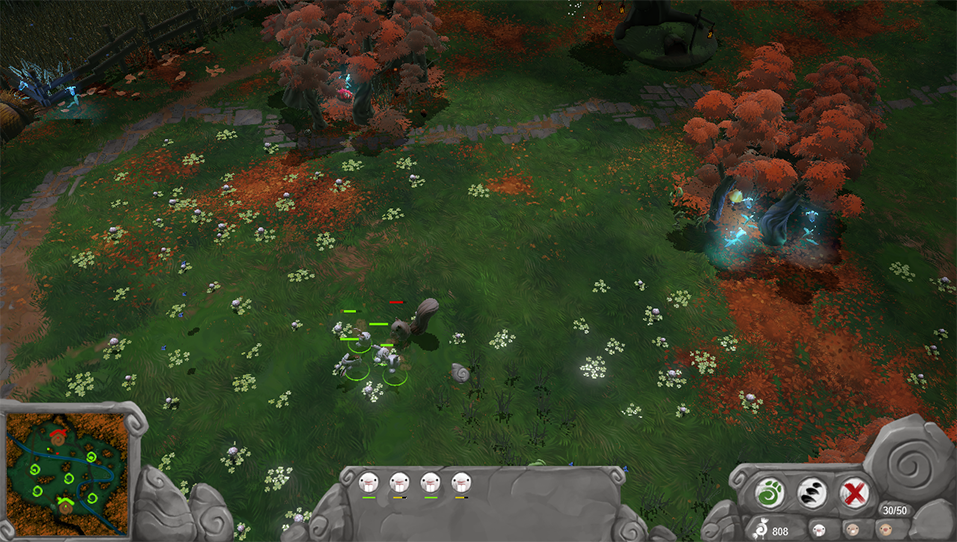 When the game was playable we realized that three of the five capture points were very aligned and did not direct the flow as we wanted to, almost all the gameplay took place at the eastern part of the map. We moved the middle capture point into the maps center instead and this made the player spread out troops more across the whole level.

Throughout the process I continued working with my level artist and with another designer that had started to work on the map in collaboration with me. The result was better than I could have hoped for and I am really happy with the final result.

Project Lockdown was featured on Desura as a part of the Freedom Friday bundle 5th September 2014.